Registered Patent Attorney (Registry No.10345) (1993)
Qualified as a litigation representative before court (2005) 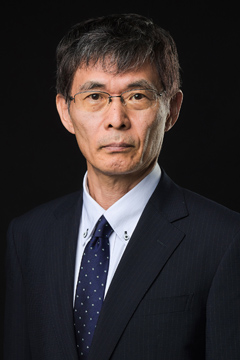 Mr. Tamura is in charge of domestic and foreign patent applications, prosecutions, trials and expert opinion preparation.
He has handled various chemical patents in the field including cosmetics, household products, polymer materials, pharmaceutical products, etc.
He worked for Kao Corporation, Japan for about 10 years being engaged in R&D of designing and synthesizing key organic compounds for new products and in collaborative fundamental research with Massachusetts Institute of Technology; and then for about 10 years being engaged in patent applications, prosecutions, etc. as a staff member of the intellectual property department of Kao Corporation. During his career as a staff member of the department, He resided in Germany for three years to assist European patent firms including HOFFMANN EITLE to file and to prosecute patent applications of Kao Corporation.
After his career in Kao Corporation, he joined Tani & Abe, p.c., being in charge of patent applications and prosecutions thereof (mainly for overseas clients) for 15 years. He joined TSUKUNI & ASSOCIATES in September 2018.

He is fond of playing classical guitar.